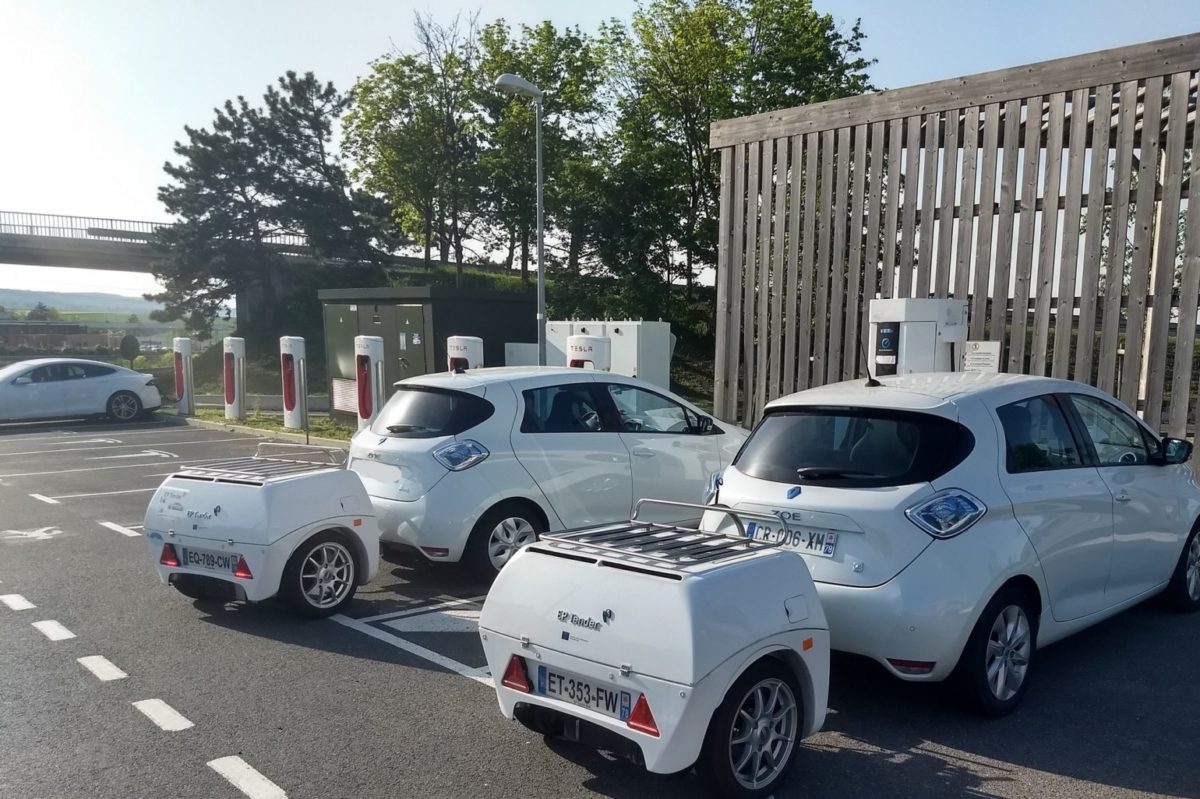 In France, EP Tender startup engineers have developed a 60 kWh battery trailer that will let you charge an electric car on the go.

It is reported by Electrek. The creators of the device on the example of an electric car Renault Zoe with a power reserve of 320 km note that the autonomy of the car with an additional battery trailer doubles.

The head of the startup, Jean-Baptiste Segara, notes that the goal of the startup is to help drivers traveling away from home. In addition, such a gadget will allow electric car owners to travel to places where these stations are not.

It will be possible to buy an additional battery for $11 thousand. In addition, the creators of the “paverbank” plan to lease them on routes not equipped with charging stations.

Representatives of the company said that it is possible to upgrade existing models of electric vehicles for working with trailers for $650. The startup is already in talks with Renault, Citroen and Peugeot.