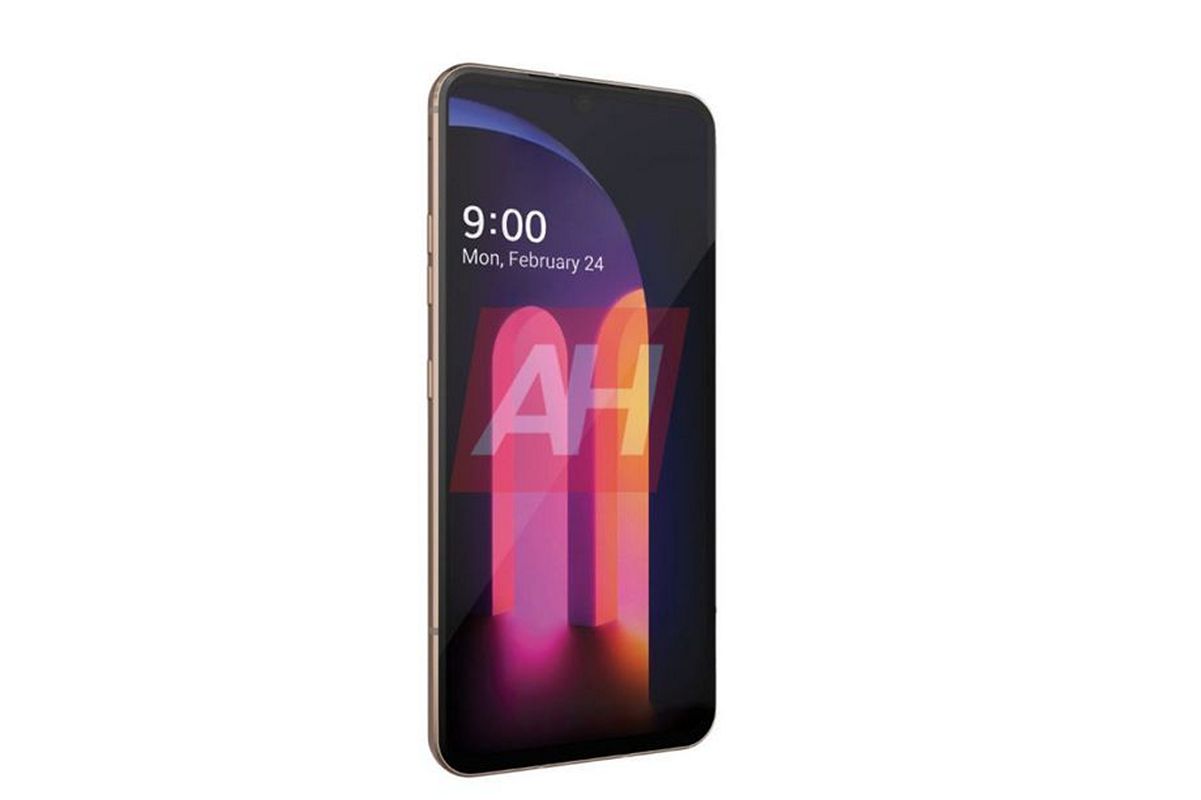 Android Headlines is a fairly authoritative and reputable publication that has repeatedly published press releases. And this case is no exception, because this edition this time told us about an undeclared smartphone from LG, namely the V60 ThinQ. Android Headlines shows us a new smartphone of the above brand, which has a small drop-shaped notch, a special button for calling Google Assistant, and a gold frame.

And yes, this smartphone, as we wrote earlier, will have as many as four microphones at once, although it is not clear why they will all be needed. The development of the smartphone has not yet been officially confirmed, but still right now there are a large number of rumors on the network that simply could not form from scratch. And besides, the existence of the V60 ThinQ is hinted at by numerous images also leaked to the network. And yes, the company was originally going to present the V60 ThinQ at the annual Mobile World Congress event, but it was canceled due to concerns about a stronger spread of caronovirus. If we return to the topic of discussion of merged images, then, unfortunately, we do not yet know exactly how the back panel of the device will look, but if we believe the previous leak, then the LG V60 ThinQ will be equipped with four cameras at once.

And yes, if you are concerned about the availability of a 3.5 mm headphone jack, then there is no need to worry about this – the jack will be present. And just this very fact makes LG one of the really very few manufacturers that creates truly flagship smartphones without removing the headphone jack from them. Anyway, if you again refer to the Android Headlines information, the new phone will have a 5000 mAh battery, and this is very cool, especially when compared with the current model, which has a 4000 mAh battery. We are also informed that out of the box on the LG V60 ThinQ will be the latest version of the Android 10 operating system, and the processor will be a premium solution from Qualcomm – Snapdragon 865.

The amount of RAM will be 8 gigabytes, while the size of the permanent storage you can choose for yourself – from 128 to 512 gigabytes will be available. Be that as it may, the most interesting at the moment is when exactly and under what conditions the new flagship will be announced, since, as mentioned earlier, the MWC exhibition was canceled, and it was LG’s management that had rather high expectations .