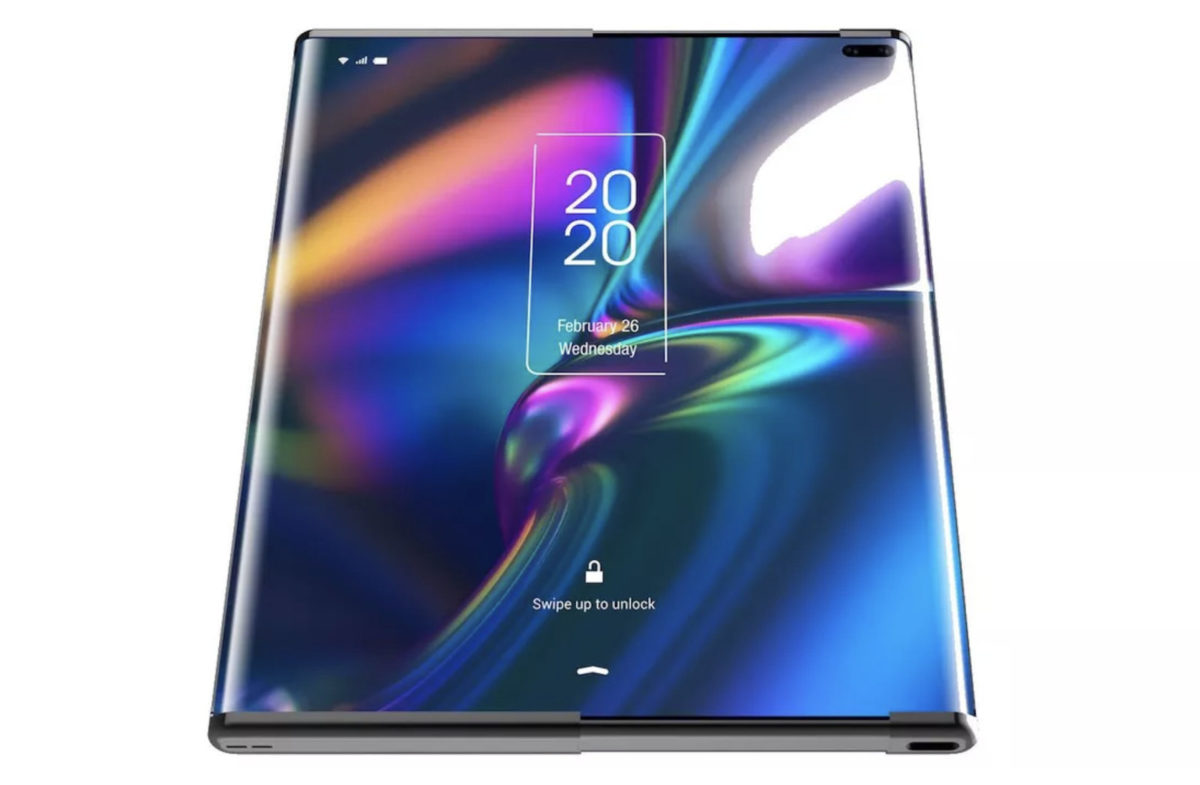 The market of flexible smartphones is growing regularly, and this can not but rejoice. And while large technical giants such as Motorola and Samsung are very actively fighting for the attention of each of the potential users who express a desire to purchase such futuristic, certainly technically advanced and modern folding phones, another, less well-known manufacturer, TCL, judging by around everything I decided to just as well experiment with a folding display, but in a radically different form factor.

Thus, according to the authoritative news publication CNET, the above-mentioned electronics manufacturer is currently working on a device that, by and large, at first glance looks like a regular smartphone. However, this smartphone will have an extremely unusual, interesting and revolutionary feature – a retractable display. If you rely solely on images leaked into the network, in order to advance this display, the user simply needs to remove the “expandable screen”, which ultimately turns the smartphone into a tablet.

Naturally, such an unusual device immediately interested a huge number of people, but TCL management has not yet confirmed the existence of the above smartphone tablet. Nevertheless, if you again trust CNET, then the aforementioned TCL development right now is not some kind of concept, but already a full-fledged, rather functional prototype. CNET also reports that a working prototype of such an unusual gadget for the industry was supposed to essentially debut at the annual Mobile World Congress technology exhibition, already canceled due to coronavirus. Be that as it may, it is clearly visible in the images that the device’s display will have curved sides, and the part with the rear camera will have the possibility of extension when “revealing the full screen size”.

But is this true or not? We will not know in the near future, since the Mobile World Congress exhibition already mentioned above was canceled due to the mass epidemic of the virus known to everyone. But in any case, she will believe that TCL is really developing something similar, because the industry has long been bored with the plague of something really new and unusual, which TCL can offer us just the same.