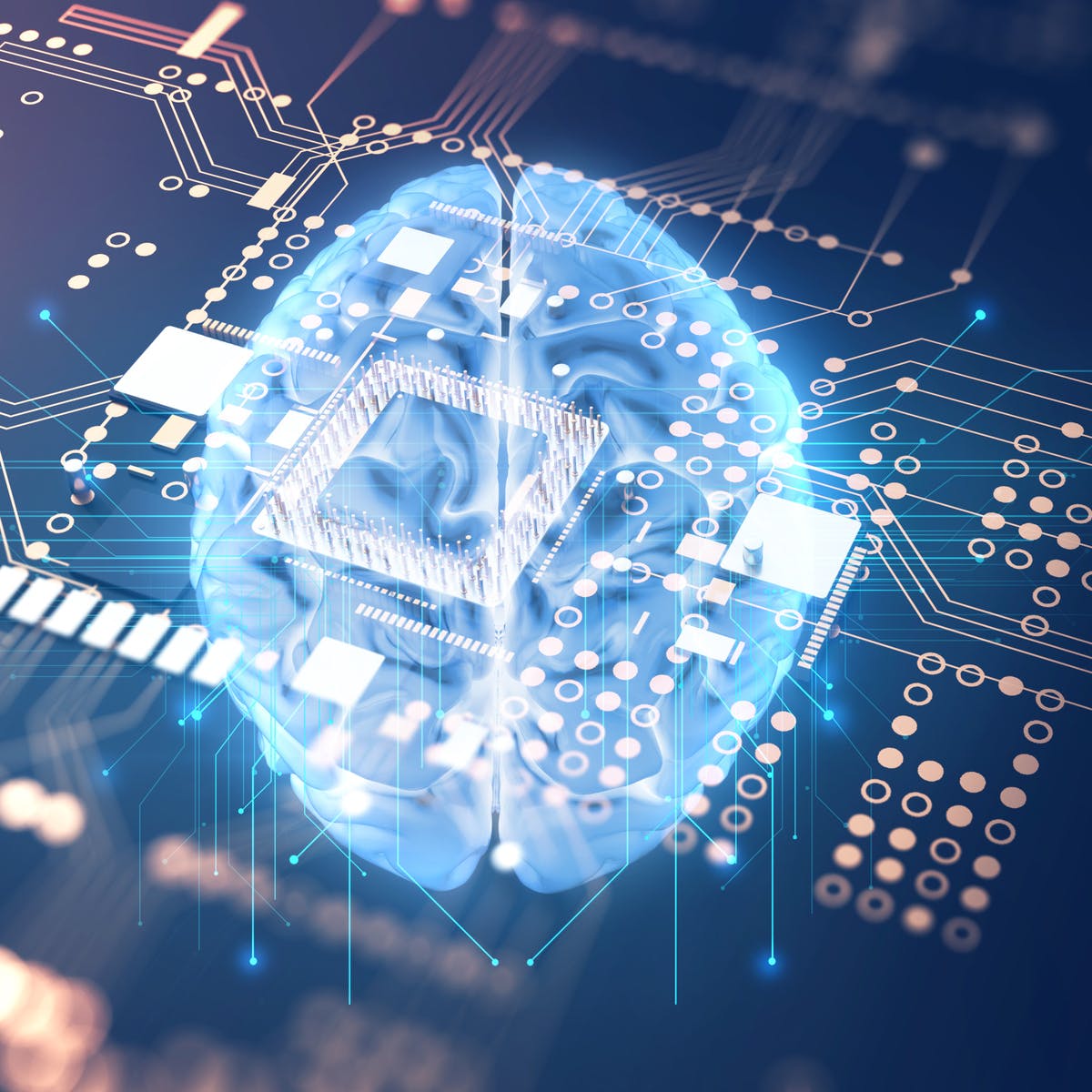 The main trends according to the version of the Massachusetts Institute of Technology.

The Massachusetts Institute of Technology (MIT) annually publishes a list of ten technologies that can change our lives for the better. This time, in particular, it hit the unbreakable Internet, anti-aging drugs and miniature artificial intelligence.

Already this year, a technology should appear that will forever solve the problem of the safety of personal data. In any case, this is hoped by the Dutch scientists from the University of Technology Delft. Now a team of researchers is working on the creation of an Internet network that will unite the four cities of the Netherlands and will be entirely built on the basis of quantum computing technology. So far, they have managed to transmit information on such a network to a distance of just over 1.5 km. By the end of the year, they hope to establish a sustainable connection between Delft and The Hague, and a full-blown network in the next five years.

Scientists use technology that is based on the behavior of atomic particles, known as quantum entanglement. Messages transmitted in this form through quantum networks cannot be secretly decrypted and read by someone. Any violation of the state of at least one of the photons will immediately lead to the destruction of the entire transmitted signal.

Earlier, scientists in China had already created an Internet connection using this quantum technology, but their network used traditional components, which made it vulnerable to hacker attacks.

Genetic engineering has reached a stage of development where scientists can detect a violation in human DNA and develop a medical tool that can help correct the disease in just one year. And we can talk about diseases that are “piece” and the treatment of which so far no one has been involved in the absence of ready-made medications. Now, doctors have all the necessary technologies at their disposal to create a medicine for one specific person.

So far, there have been very few cases where such drugs have been created. But over time, MIT believes, this practice will be more common. The only obstacle to the spread of hyperpersonalized medicine is its high cost, given that the medicine will be developed for one person, and whole laboratories will continue to work on its creation.

Already this year, the world’s first state-owned digital currency is due to launch. Several countries are fighting for the right to be the first, while Mark Zuckerberg wants to create one digital currency for everyone. But his project is still openly stalling due to the many claims of regulators from different countries. But the Central Bank of China is all set to launch a digital version of the renminbi. So far, the spread of the coronavirus has been slowed down, due to which, according to the statement of the Central Bank, the work of many government agencies was disrupted.

This week, the Central Bank of Sweden announced the start of testing of national electronic currency. Once he became the first in the world to issue paper banknotes, but now he wants to become a pioneer in the digital age of money.

A medicine that allows you to live forever until you invented it. But drugs that fight diseases caused by the aging process of the body are already being tested in humans and may appear on the market in the coming years. These are senolytics – drugs that can identify dead old cells and remove them from the body. Usually, the human immune system is involved in this process, but with age it copes with this task worse and worse, the accumulation of dead cells causes inflammatory processes, which leads to the onset of cancer.

People’s tests of Senolitics today, for example, are being carried out by the American pharmaceutical company Unity Biotechnology. And Alkahest is trying to cope with aging in a different way – by introducing components of the blood cells of young people to older people. Thus, the company’s specialists expect to defeat or at least slow down the development of Alzheimer’s disease, Parkinson’s and dementia.

Scientists have learned to use artificial intelligence to search for molecules that can then become part of new drugs. Trained neural networks can now examine huge databases of molecules existing in the world to find those that may have useful properties for treating certain diseases.

So, in September, a team of researchers from Hong Kong Insilico Medicine and the University of Toronto using artificial intelligence discovered about 30 thousand new molecules with the necessary properties. And most recently, scientists at the Massachusetts Institute of Technology became the first in the world to discover a new antibiotic using artificial intelligence.

Scientists have learned to use artificial intelligence to search for molecules that can then become part of new drugs. Trained neural networks can now examine huge databases of molecules existing in the world to find those that may have useful properties for treating certain diseases.

So, in September, a team of researchers from Hong Kong Insilico Medicine and the University of Toronto using artificial intelligence discovered about 30 thousand new molecules with the necessary properties. And most recently, scientists at the Massachusetts Institute of Technology became the first in the world to discover a new antibiotic using artificial intelligence.

Tens of thousands of communication satellites in orbit of the Earth and broadband Internet anywhere in the world – if not our present, then the near future. And Ilon Musk and his company SpaceX will make this idea a reality, with plans to launch 4.5 times more satellites than was done in the entire history of space exploration before the launch of the Starlink project.

The first 60 Starlink satellites were launched last May. Now about 300 of these satellites are in orbit – according to this indicator, SpaceX came out on top in the world. In total, the company Ilona Mask received permission to put into orbit 12 thousand such satellites and is trying to obtain permission to launch another 30 thousand. SpaceX President and Chief Operating Officer Gwynn Shotwell promised that the satellite network will be launched in the middle of this year.

In September 2019, Google announced the creation of a quantum computer, which was able to surpass the capabilities of the most powerful on a modern computer running on silicon processors. The company said that its processor is capable of calculating in 3 minutes and 20 seconds, which would take about 10 thousand years to the most powerful computer in the world – Summit from the American company IBM. Thus, the company managed to achieve “quantum superiority.”

At IBM, they doubted the authenticity of the numbers presented by the competitor, saying that Google probably managed to increase the speed of calculations by a thousand times, but not by 1.5 billion times. In any case, the achievement of Google has become a historic moment. Now, manufacturers of quantum computers need to create devices that will not solve a conditional mathematical problem, but will perform really useful tasks. And this is problematic – because the more qubits in the computer, the more difficult it is to maintain them in the right state. Google experts are confident that the technology they use will allow them to create a computer for both 100 and 1000 qubits. Such a computer in theory will already be able to perform some useful tasks for the average user. However, so far no one knows what and how many qubits are necessary in principle for a quantum computer to perform the same tasks that ordinary PCs are capable of today.

Traditionally, the creation and training of artificial intelligence is associated with huge amounts of data and the need for a permanent connection to a cloud server. But technology companies and scientists have learned how to create specialized microchips for AI that can combine large computing power with a compact size.

In addition, the AI ​​itself no longer needs constant contact with the remote server. Google and Apple’s virtual assistants no longer need a network connection. This means that their response to voice commands has become faster (since the intermediate stage of connecting to a remote server and receiving a response from it has disappeared), and user data does not leave his device, which increases the level of security of handling personal data.

The term “differential privacy” was introduced in 2006 by Cynthia Dvork, an American specialist in the field of personal data privacy. It means a set of mathematical methods that allow you to determine the degree of loss of data confidentiality when partially disclosed to create an information product.

For example, the US Census Bureau collects information on 330 million people in the country, and then passes this data to representatives of the scientific community and authorities for analysis. However, they cannot be transmitted in their pure form, as this will lead to the disclosure of all personal data of citizens. Therefore, “white noise” is added to the databases – part of the information is mixed between citizens so that it is impossible to deanonymize them. Moreover, the accuracy of statistical samples by groups should not be reduced as a result of such fraud. Differential privacy is just a mathematical model that allows you to find out to what extent you can mix data so that the samples remain useful and truthful. Such models already use Facebook, Apple and will be used in 2020 by the US Census Bureau. Now other countries are eyeing this technology.

At the beginning of this decade, scientists could not accurately answer the question of whether these or other natural disasters are consequences of global climate change. But in recent years, with the development of computer power and the ability of satellites to closely monitor natural phenomena, scientists have more opportunities for a clearer answer to this question. For example, the World Weather Attribution project launched two computer simulations of the world: in one case there was global warming, in the other – no. As a result, scientists found that the tropical storm Imelda, which hit Houston last year, was a direct consequence of global climate change.

Determining the role of climate change from other factors affecting the weather will help predict what natural disasters, where and what strength humanity can expect. This means that people will be able to prepare for future shocks and avoid many victims.