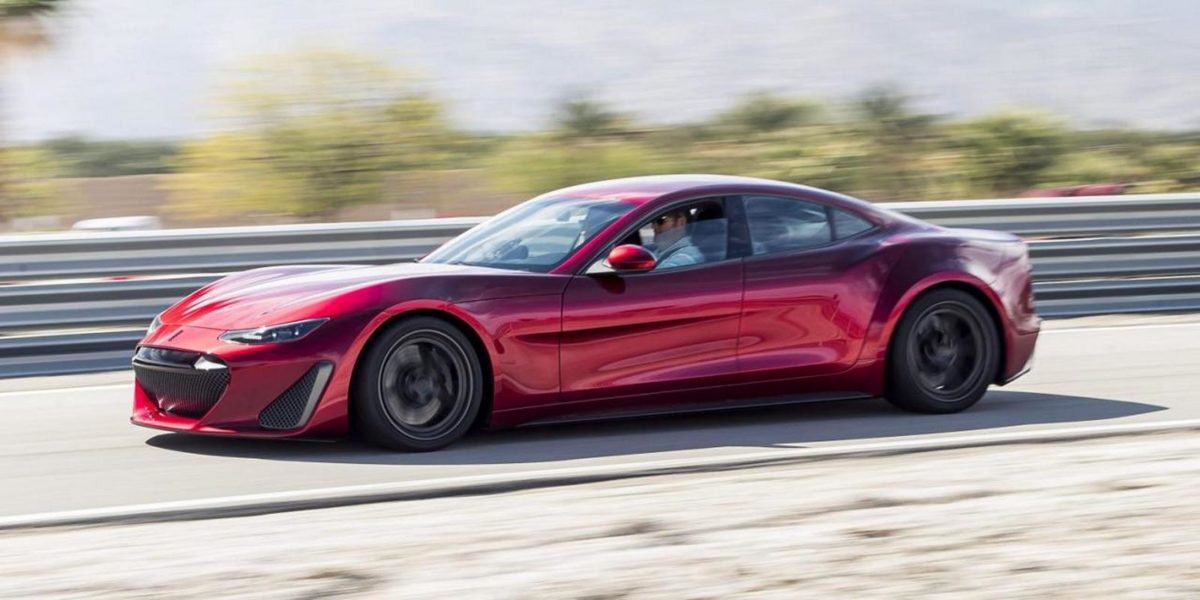 On the Thermal Club racetrack in U.S. California, field trials of the Drako GTE electric supercar have been field tested.

It is reported by Electrek. At the wheel of a luxury car worth $1.25 million during the tests was the famous Lamborghini test pilot Valentino Balboni (to watch the video, scroll the news to the end).

The first model of the company is a four-seater electric supercar, with batteries at 90 kWh and a quick charge function. A key feature of the car is its four-engine transmission, where each engine can operate in a power range from +225 kW to -225 kW.

Four permanent magnet motors generate 1,200 horsepower. with a total torque of 8800 Nm. The maximum speed of the car will be more than 330 km/h.

Each of the GTE wheels is connected to the engine via separate direct-drive gearboxes, which allows them to be individually controlled for a very accurate transmission of torque. Each motor also has its own gearbox on the wheel, which provides extremely high torque.

Such a system allows the use of vector torque control technology for steering correction in high-performance situations. This allows car owners who love speed to use the Drako GTE during races, the publication notes.