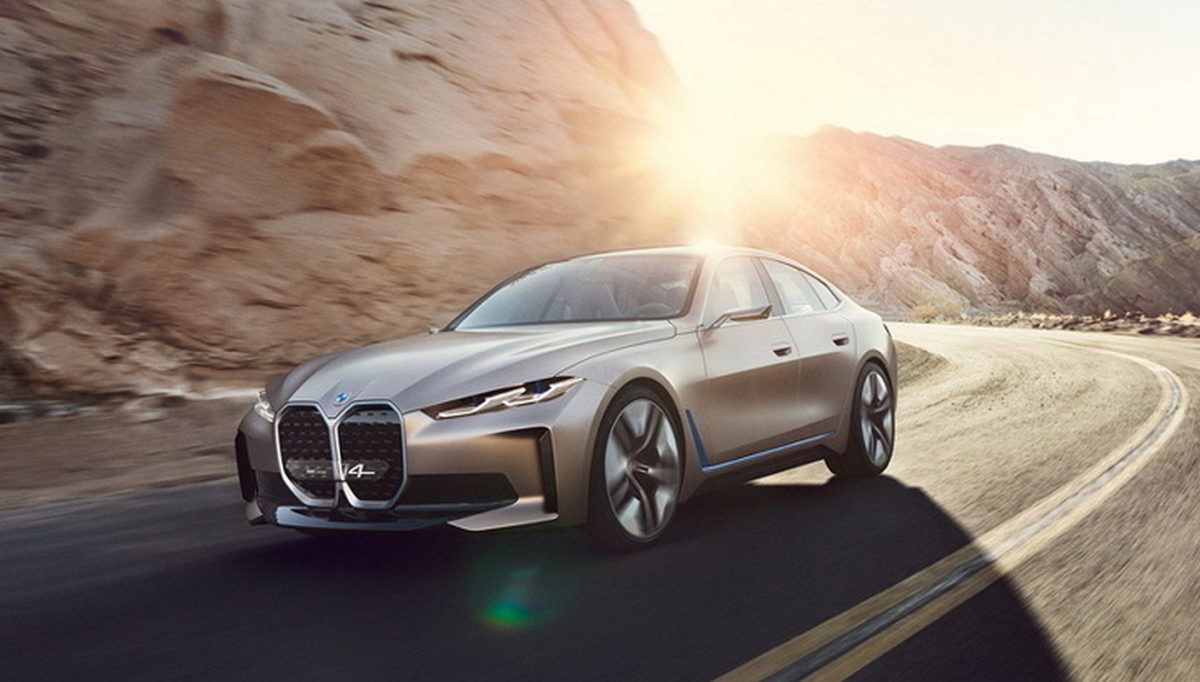 The BMW Concept i4, despite its status as a concept car, should be taken as a very transparent hint of a serial electric four-door. The Bavarian company is ready to enter the race for the buyer, having crossed the Tesla with its best-selling Model 3.

The pre-production prototype received the fifth-generation proprietary eDrive system, which will also find application on the iNext and iX3 crossovers. The power plant of the i4 concept develops 530 hp. and can operate in three modes Core, Sport and Efficient, and the battery capacity is declared at 80 kWh: this should allow the electric four-door to travel up to 600 km without recharging.

It is assumed that the Concept i4 gives an idea of the appearance of the production model: accordingly, the conveyor sedan may well have the same massive radiator grille and bright blue accents on the body, and nobody is likely to deprive the status of the four-door BMW i4 coupe, apparently not going to. It may retain the production model and the original wheels, which are designed to increase the aerodynamic efficiency of the concept.

The futuristic interior is likely to become simpler, but BMW has already announced officially the curved displays for the salons of its electric vehicles. On the concept, the digital cockpit is equipped with an anti-reflective coating and is almost devoid of an external frame, which visually facilitates the driver’s workplace. But the iDrive controller and other buttons on the BMW i4 will be made of traditional materials, and not of crystal, as in the concept.

Together with i4, the BMW IconicSounds Electric idea also made its debut – a special set of sounds that the electric car will emit when driving. This “symphony” was created with the direct participation of the famous film composer Hans Zimmer.

BMW plans to produce an electric sedan at its headquarters in Munich, which is currently undergoing a process of total adaptation and modernization. Production will begin next year.