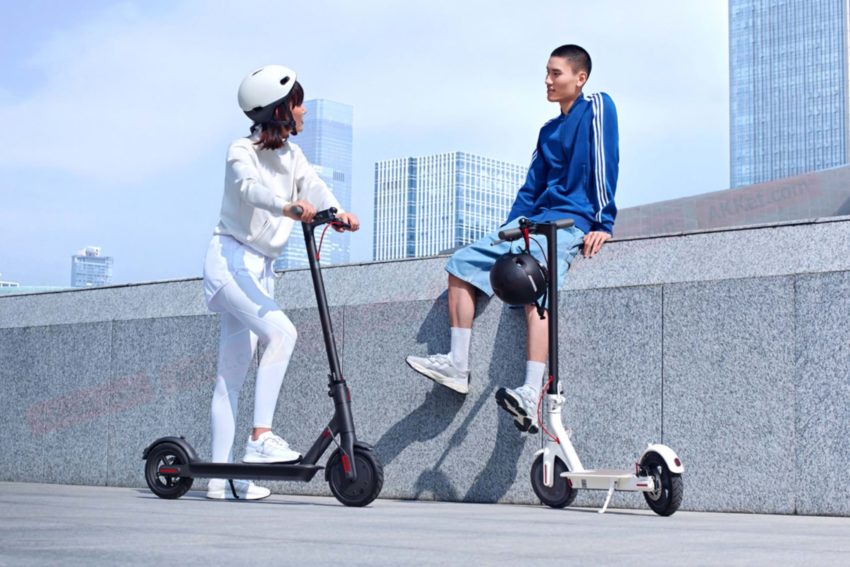 As you know, personal vehicles that allow you to move anywhere and everywhere are gaining more and more popularity every day in Russia, China, India, Europe, and other countries, whose residents understand all their advantages. Indeed, it is quite obvious to itself that it is much easier and more enjoyable to drive a few kilometers on an electric scooter than to stand and wait for a bus, and then, after that, go in a cabin packed with people, and in this case, you will also have to pay for the fare. Today, April 21, 2020, the presentation of the new generation electric city scooter took place on the Chinese territory, and the new Xiaomi Mijia Scooter 1S is called. This is an improved version of the Mijia Electric Scooter M365 model, which was originally released back in 2016, so in three years of presence on the market, all its shortcomings have been revealed.

In the new model, the manufacturer has relied on increased reliability, design, new functions, as well as an affordable price tag, because one of the main features of the Xiaomi 1S is still that this electric scooter costs very little. The novelty replaced the classic M365 model, that is, it will no longer be produced since the new model has completely replaced it. According to the manufacturer, if the older model could travel 20-25 km on a single charge, then the new product can easily and easily travel 30 km without recharging. This became possible due to a new technical component, that is, due to a more efficient electric motor and due to a new storage battery, the exact capacity of which is not disclosed.

The Xiaomi Mijia Scooter 1S electric scooter is equipped with an interactive OLED screen that shows the speed, remaining energy, travel mode, and other data that may be useful while driving. The display itself is not touch-sensitive, and the electric scooter is controlled using a special button located under the screen. This very button can be used to control driving modes, as well as for other tasks. The scope of delivery for the scooter includes a proprietary bell, which allows you to warn pedestrians about the approach to avoid the likelihood of an accident. Also, this electric scooter boasts a full-fledged disc brake, which is installed on the rear wheel.

The power of the Xiaomi 1S electric motor is 500 W (at peak and 250 W at normal times), which allows it to reach speeds of up to 25 km / h, but it is highly dependent on the driver’s weight. The vehicle is equipped with two 8.5-inch inflatable wheels as well as a recuperative brake. There is an anti-lock braking system ABS, which allows to shorten the braking distance. Users can use Normal, Sport, and Economy travel modes, which set the maximum travel and acceleration speeds. The maximum weight of the driver of the Xiaomi Mijia Scooter 1S can reach 100 kg, while the electric scooter itself weighs 12.5 kg, and it can be folded in just three seconds, the manufacturer says. This model was not without a Bluetooth module, due to which you can control the electric scooter from a smartphone based on Android or iOS.

According to Xiaomi, the novelty can boast of increased reliability, which is achieved through changes in design compared to the original model and, besides, through the use of new, more modern components. The official recommended price of this vehicle in China is 1999 yuan, that is, it costs only 22,000 rubles, which is extremely low by modern standards. I offer buyers a choice of white and black colors. Sales in Chinese territory started today. Earlier it became known that new traffic rules for electric scooters and other vehicles of this kind were successfully developed on Russian territory.