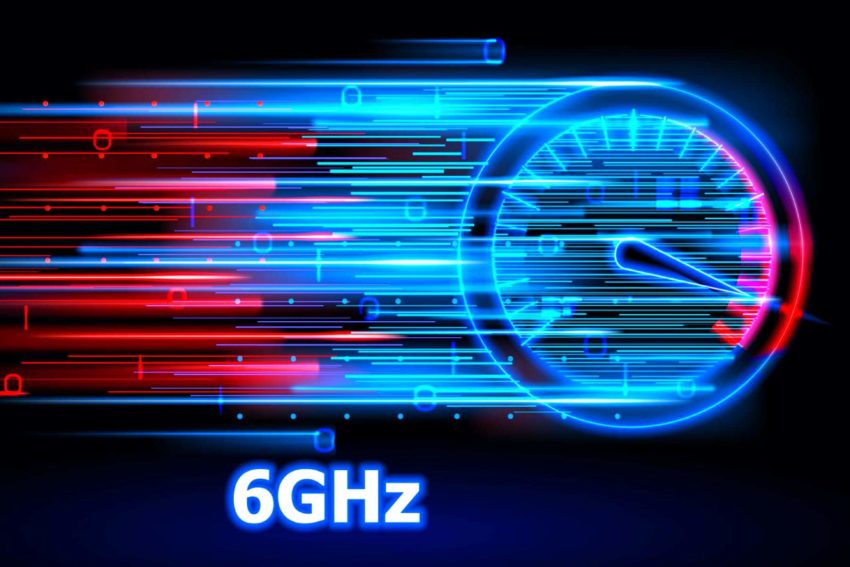 Finally, the day that many people were guaranteed to wait for has arrived. Today, April 23, 2020, the FCC has finally completed the study and verification of the 6 GHz band for Wi-Fi networks, and it has been recognized as completely safe for the health of people and other living things. All this means that this data transfer standard has finally been legalized, in connection with which now all electronics manufacturers can use it in their products, and then quietly sell it legally. The new band will complement the two existing ones, which are 2.4 GHz and 5 GHz. From now on, routers and various Wi-Fi-enabled devices will be able to operate on the new frequency, which will allow them to provide faster and more stable connections that were previously unattainable.

The 2.4 GHz network was created many years ago, and now it is used as a “long-range” network, that is, one that provides an internal speed of up to 300 Mbps in one direction, and at the same time a sufficiently high delay in signal transmission. Typically, such a coating is used in shopping centers, summer cottages, warehouses, shops, and other places where it is important to cover the greatest possible distance, regardless of the overall quality of the coating. As for the 5 GHz network, it “hits” a significantly shorter distance, but it provides a huge data transfer rate, low latency in signal transmission, and provides a number of other advantages. Now, starting in 2020, there is also an official 6 GHz network in the world.

The new data transmission technology operates at 1200 MHz bandwidth, so users will not encounter interference in apartment buildings and other crowded places. The larger the channel width, the better, because now 160 MHz will be allocated per channel, while in the classic 2.4 GHz band, this very width is in total at the level of 400 MHz, and therefore users often encounter interference. which greatly negatively affect the signal reception level. Since there are noticeably more channels in a Wi-Fi network based on the 6 GHz band, routers and other devices will not interfere with each other, and therefore it will be possible to use the highest possible data transfer rate even in densely populated residential buildings consisting of many floors.

Another plus of the new range is the data transfer rate because it can reach 9.6 Gbps, but it will not be possible to test this in the coming years. The fact is that modern modems in smartphones, routers, and tablets are simply not capable of providing such data transfer rates as of today, but in the future, beyond any doubt, such speeds will become the norm for the entire wireless industry. At the initial stage, support for the 6 GHz frequency will allow you to access the Internet via Wi-Fi at a speed of 1 – 2 Gbps, but not higher. The first devices with support for the new band will appear on the market at the end of this year, and they will be distinguished by a special Wi-Fi 6E marking. Intel and Qualcomm are already planning to release components for such devices.