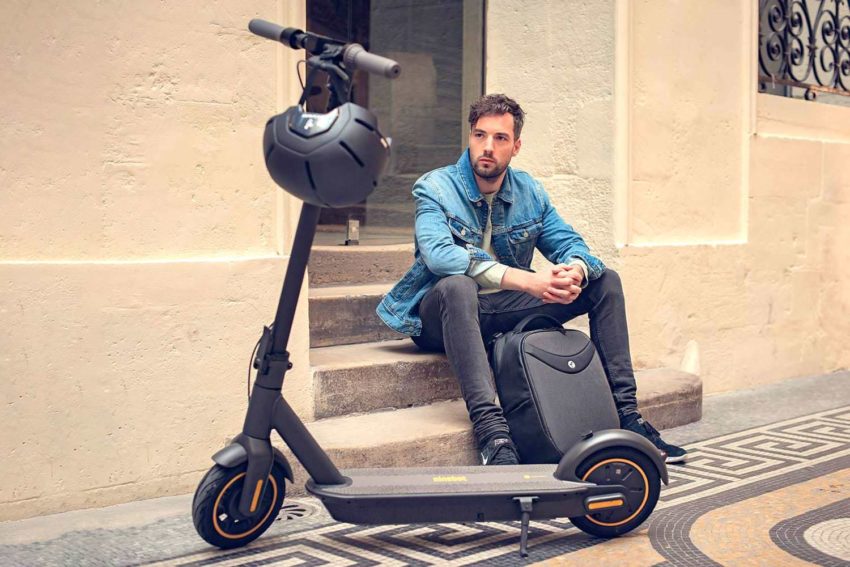 Every day electric scooters are becoming more and more popular among residents of different countries of the world. This state of affairs is not surprising, because traveling by this type of transport is actually incredibly convenient, and much more convenient than traveling on a stuffy bus on a hot summer day. If the first models of electric scooters were not the most successful, as they often broke down and failed, now, now, everything is completely different, because manufacturing companies have learned to create models that are truly advanced in all respects. Today, April 28, 2020, the official announcement of such a novelty as the Segway Ninebot KickScooter MAX G30P took place. This is an extremely interesting novelty that has a whole range of advantages.

Such an electric scooter weighs only 19.2kg, which makes it easy and simple to transport it both in your vehicle and in a public one. For example, you can take the metro somewhere, and then comfortably overcome the remaining route on an electric scooter so as not to wait for a bus or minibus. It is much faster and more convenient. For road stability, tubeless rubber 10-inch wheels are responsible, and a powerful electric motor with a power of 350W in normal mode and 700W at peak allows you to accelerate to speeds of 30km/h. On a single charge, this model can travel up to 64 kilometers, which makes it easy to move with its help around the city throughout the day, solving various issues and tasks.

The battery capacity, according to the manufacturer, is 551Wh/15000 mAh, and a full charge takes approximately six hours. The required charger is included in the delivery. Segway’s Ninebot KickScooter MAX G30P is IP54 rated against water and dust, so it can handle rain and dusty roads. Since the wheels of this electric scooter are solid rubber, without inflating, it is impossible to puncture them, and it is almost impossible to damage them. Due to this feature, on this electric scooter, if necessary, you can ride on broken glass or other surfaces that would be guaranteed to pierce a regular wheel with a camera and a tire. The electric scooter connects to smartphones based on Android and iOS through the built-in Bluetooth module, so the user can change various parameters and view information, including the degree of battery wear.

There is a small screen on the steering wheel of the scooter that displays the remaining energy reserve, current speed, riding mode, and many other data. Not without and without a footrest, so parking the Ninebot KickScooter MAX G30P is guaranteed not to be a problem. The scooter has an electric motor with the possibility of recuperation, that is, engine braking. Also, the front wheel has a closed drum brake, which has a high efficiency even in heavy rain. Official sales of this electric scooter in Europe and other countries have already begun.