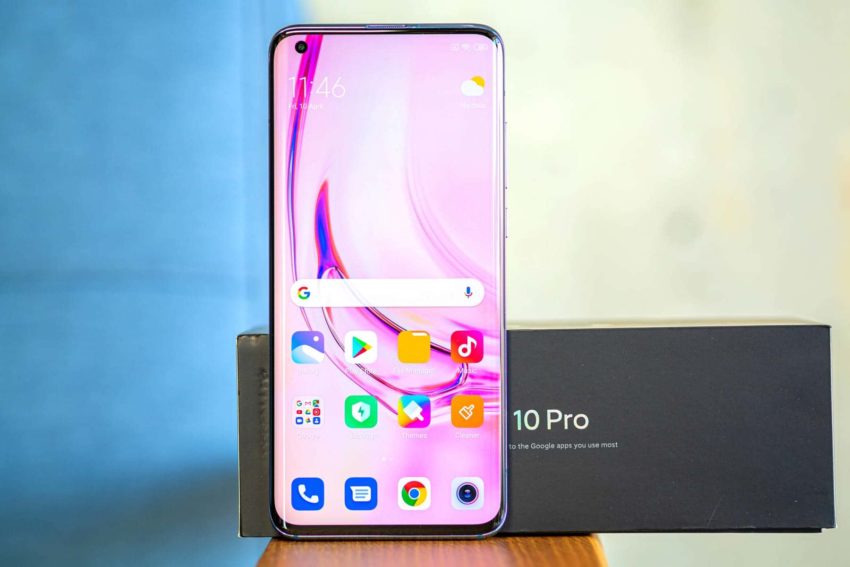 A few months ago, the flagship phone Xiaomi Mi 10 Pro, equipped with the latest technology, entered store shelves. It received top-end technical equipment that made it incredibly attractive, although this is certainly not the only advantage of such a model. However, this top-level phone is not cheap, so most people only have to dream about buying it. Nevertheless, as it turned out, the Chinese corporation created a cheaper version of this phone so that as many people as possible could get the opportunity to become its owner. It was possible to find out that such a device is about to go on sale thanks to the page on the manufacturer’s website dedicated to the MIUI 12 firmware, in the beta version of which they found a mention of the new model.

Attentive users have noticed that in the screenshots with the new firmware installed on the Mi 10 Pro, the amount of available phone memory is indicated as 128GB. A similar model is not for sale now, because this phone is offered to buy to everyone in three different versions, equipped with 8/256GB of memory, 12/256GB, and 12/512GB. As you know, flash memory with a high data transfer rate is not cheap, so many people simply cannot afford it. Moreover, residents of Europe and other countries where the international version of this smartphone is sold is offered only one version with 8GB of RAM and 256GB of ROM, while the other two do not seem to exist at all.

This whole situation means that very soon everyone will be able to buy the flagship Xiaomi Mi 10 Pro in a configuration with 8GB of RAM and 128GB of permanent memory, which will be the cheapest of all available. Of course, this flagship will not receive a slot for installing microSD memory cards, but many people do not need a lot of free space on the drive, so the new model will suit them perfectly. The novelty will not have any other differences, except for the halved ROM size. However, this can lead to the fact that the price of the mobile device will drop by $100 or even more, making it much easier and easier to afford to buy it than it has ever been before up to this very moment.

Sales of the flagship Xiaomi MI 10 Pro with 8GB of RAM and 128GB of permanent flash memory should begin in the next few weeks, that is, very soon, even if the Chinese corporation itself has not made any statements on this matter. The new model is designed for the poorest buyers who do not have enough money resources, or the desire to give them away, to buy a model available now with 256GB of memory or even more. The more free space is available on a mobile device, the more various data it can store inside itself, that is, photos, videos, documents, applications, video games, and the like.