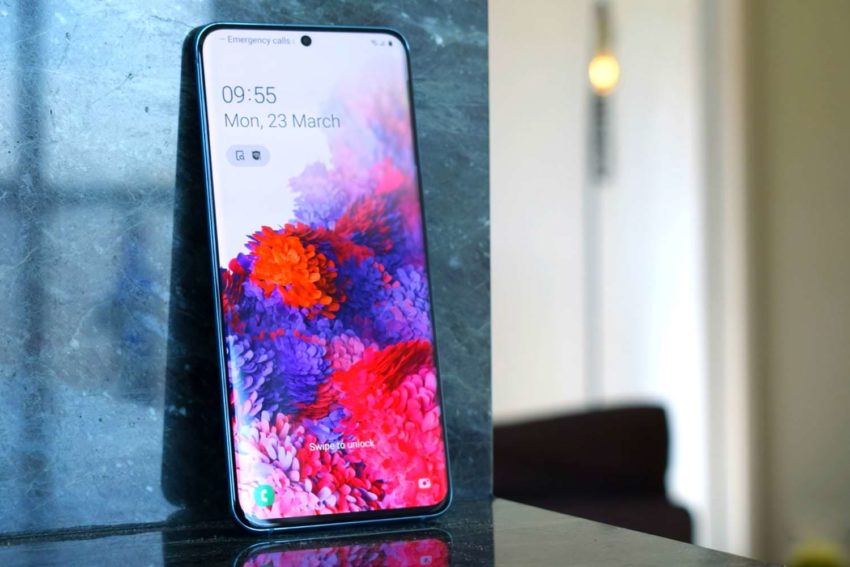 The flagship phones from the Samsung Galaxy S20 line, which were launched in March this year, have been on sale for no more than two months, but their owners have already faced very serious problems, which the manufacturer does not consider to be a marriage or constructive miscalculations. Over the past few weeks, an extremely large number of publications from people from various countries have appeared on the global network, who claim that they have very big problems in the operation of the camera, which cannot be fixed using the software. The fact is that the camera of this mobile device bursts by itself, and this happens without any physical impact on the phone.

The owners of this mobile device in various modifications and versions complain that the manufacturing company made some kind of constructive miscalculation, and therefore, within a few weeks after using the phone, the camera on its back begins to burst, and for this, it is not necessary to expose the phone to physical impact. Like many people who faced such a problem write, they very carefully used their smartphone, bought for a large amount of money, however, cracks began to appear on the protective glass, which is responsible for protecting the camera, and there are only more of them every day. Everything looks as if this very glass shrinks over time and bursts. Why this happens is unknown.

This is not an isolated problem, but a massive one, and it cannot be characterized in any other way, except as a massive breakdown, because it makes it impossible to use a smartphone normally. At the same time, there is no difference whether the smartphone was used in the case or not – the camera still bursts. It is unlikely that this is such a large-scale action from competitors, because if mobile devices fell, then in addition to the lens, there would be cracks, scratches and chips in other places, that is, the phones were not physically affected. Due to the cracks that form in the glass, the Samsung Galaxy S20 smartphone loses the ability to take high-quality pictures, because noise appears on such pictures, and sometimes the lens does not “see” anything at all.

Obviously, in this particular case, with a high degree of probability, the problem lies in the design of the flagship Samsung Galaxy S20, or in the materials from which its photo module is made. The manufacturing company, according to the affected users, refuses to recognize such a breakdown as a warranty, insisting that the owners of its phones, in case of such a malfunction, caused precisely by physical impact, should pay for this kind of repair at their own expense. At the same time, the brand refers to “cosmetic defects”, foreign media assure. If every day there are more and more people facing such a problem around the world, the company will have to somehow react to this situation and start repairing knowingly defective phones for free.