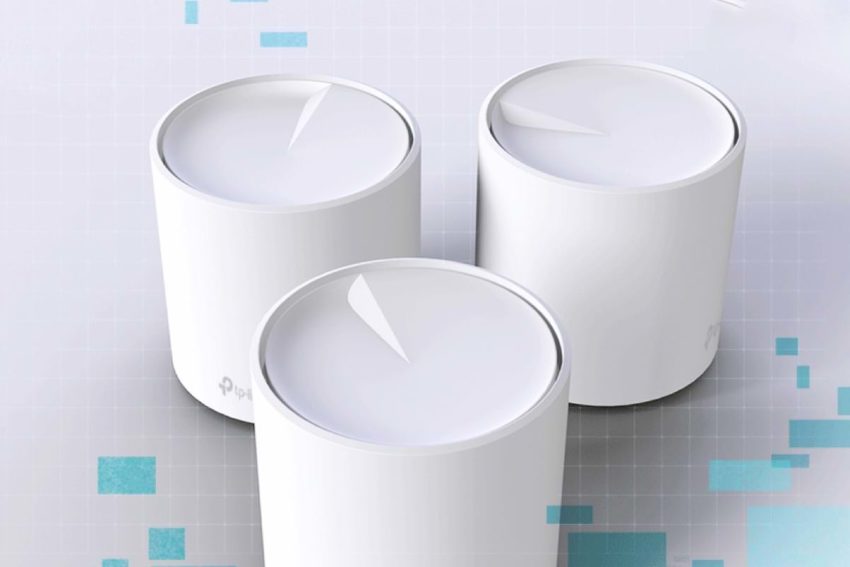 Gradually, a new generation of network equipment appears on the market, which supports Wi-Fi 6 (Wi-Fi 802.11ax) technology. This type of communication is already supported by many models of smartphones, tablets, laptops, and other devices, so routers are needed that can ensure the operation of such a standard for wireless data transmission. Today, on May 20, 2020, such a new generation router as TP-Link Deco X20 was officially presented. The novelty has several interesting features at once, one of the main among which is the Mesh function. It allows you to combine several wireless routers at once into one single network, which allows you to cover a very large area with confident stable coverage.

If you configure ordinary routers as repeaters, that is, repeaters, then when switching between them, the connection will be broken for 1 – 5 seconds, depending on some factors. However, Mesh technology allows for smooth switching while moving from one router to another, so there will be no disconnection. Users can thus cover hundreds of square meters in any premises, creating a single seamless space. It is such an important modern technology that such a novelty as TP-Link Deco X20 supports. The maximum data transfer rate it can wirelessly is 1.8Gbps.

The router is built based on modern technical equipment from Qualcomm, thanks to which it is capable of supporting technologies such as MU-MIMO, OFDMA, and 1024-QAM Deco X20. They, according to the manufacturer, can significantly improve the performance of the wireless network and ensure the lowest signal latency possible in 2020. Up to 150 devices can be simultaneously connected to the TP-Link Deco X20 router, and this is guaranteed to be enough for any user. The maximum data transfer rate in the 5 GHz network reaches 1200 Mbps, while in the 2.4 GHz network – 574 Mbps. The novelty can simultaneously provide the operation of these two networks, that is, both for newer electronic devices and for older ones.

Support for BSS Coloring and Beamforming technologies in the new router from TP-Link provides a large signal coverage area, but with high data transfer rates. The wireless router itself in one box comes in the amount of three pieces, which should be connected using a cable, after which, after that, they will work as a single whole, being able to cover a high-speed network even a room with an area of ​​over 300 square meters. This router could not do without the support of the modern WPA3 encryption standard, and due to the proprietary application from the manufacturer, you can control this network equipment from a smartphone-based on Android or iOS by installing the Deco application on it.

Official sales of Deco X20 will begin in Russia and other countries of the world in the coming days, but at what price it is not reported. Nevertheless, based on the average prices for such equipment, one cannot count on a price tag lower than $100.