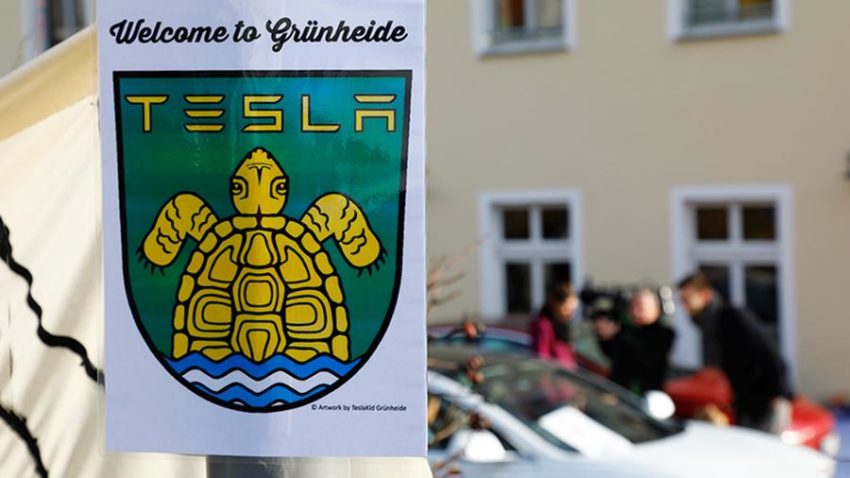 The American company Tesla will buy 300 hectares of land near Berlin for the construction of the first in Europe plant for the production of electric vehicles Gigafactory 4. This was reported to Reuters on January 19.

The Board of Directors approved a purchase agreement with the government of Bradenburg (part of Germany. – Ed.). Local authorities approved the deal on January 9, 2020. It is noted that the preliminary cost of land is €40.9 million, but it may change after an external assessment.

Now the site is being checked for the presence of military weapons from the Second World War. The publication notes that there, probably, you can find unexploded American bombs.

Local politicians and labor unions have approved the move by Tesla, as the construction of the plant will create about 7 thousand jobs. However, there are those who are concerned about the threat to the environment. So, about 250 people took to the streets in protest, fearing that the construction and subsequent operation of the plant would threaten wildlife. In particular, the nearby forests.

Thesla CEO Ilon Musk announced the start of construction of the plant in November 2019. According to him, a real “gigafactory” will appear in Germany, as well as a design and development center.

Tesla is engaged in the development and production of electric vehicles, as well as modern batteries for energy supply of housing. She began her work in 2003. Elon Musk is one of the founders of the company.

1 thought on “Tesla will build the first factory in Europe”