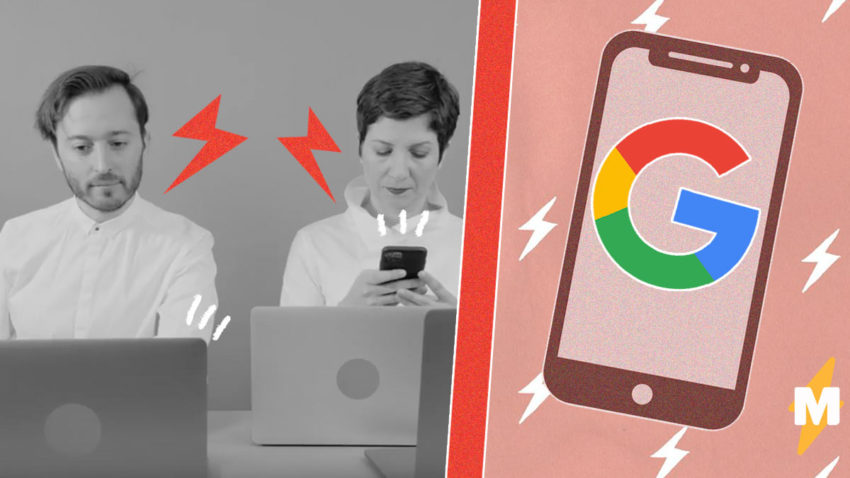 And this invention is straight from the Black Mirror

Google is conducting experiments that promise to make our lives better. Her latest project, “Envelope,” will help to sit less on a smartphone and spend more time in the real world – for this you need only one minimalistic accessory. And he looks like he went straight from the series “Black Mirror”.

In January 2020, Google presented the Envelope project (“Envelope”). This is part of a series of Digital Wellbeing experiments from Google that “allow people to strike a balance with technology” in everyday life. In this case, we are talking about spending as little time as possible on your smartphone. The video presentation on the project page explains that many people try to use mobile phones less – and a variety of ways are used.

People choose different strategies to control and limit the use of [phones]. Some people buy a cheaper and simpler phone and use it on the weekend. Others are working hard to hide their smartphones. We want to offer a simpler and more affordable way to arrange a detox.

The whole secret is hidden in the name: “Envelope” is really a physical envelope in which you can put your smartphone. After that, it turns into a much simpler and, as the developers say, “calm” device. Ironically, for this you will need to first install a special application.

After “packing” the envelope, the phone will have several basic functions: you can dial someone else’s number and receive incoming calls. As needed, you can find out the time – it will be displayed on the screen.

Even on the smartphone, you can still use the camera, but with an important caveat. All photos and videos can be viewed only at the end of the day, after “unpacking”. And the main point of the experiment is precisely not to get the phone out of the envelope.

So far, Envelope can only be used on phones of the Google Pixel 3a model released by the same company. But if technology begins to be widely used, then the cost, brand and functionality of phones will temporarily cease to matter – the latest iPhone will do the same as the old Nokia.

The idea itself is very much in the spirit of the British series Black Mirror, which takes place in the uncertain future. Non-existent phone models often flash in the frame, and they differ in the same way as the phone in the envelope – minimalism and the same functions at all. Usually they show one or two applications related to the central plot of the episode.

However, there is no need to look for random coincidences or indirect references – many inventions from the Black Mirror have long entered real life. True, while they mostly scare people: the dating application, inspired by the episode of the series, seemed frankly cryptic to everyone. And in 2017, hundreds of patients were in mortal danger due to hackers who could easily break into devices that were vital to them.