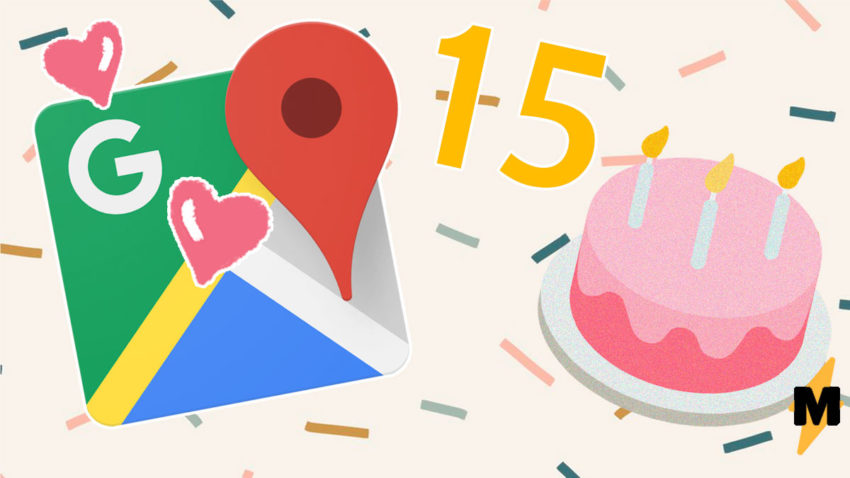 With new features, you can find out how many seats are available on the bus

Google Maps service celebrated its 15th anniversary with a new design and major update. Now the navigation in the application will become easier, and map points will get comments and collections of local media. And user reviews promise to become so detailed that you can even find out the temperature in the next bus.

The Google Maps service celebrated its fifteenth birthday on February 6th. The first and most noticeable update in the Google Maps application was the new design. These are the tabs at the bottom of the screen instead of the side menu and the new logo, which the company coquettishly called ‘party icon’ (“party icon”). In honor of this, the company’s official blog even released a small video showing how the logo has changed over the years of the service’s existence.

At the bottom of the screen there are new tabs that simplify access to basic functions. Now in Google Maps you can quickly see your favorite places, see a map with traffic jams and without or add your own comment, which will be displayed to other users. In addition, right in the application you can read specially selected materials about the surroundings.

In the new tab “Updates” a feed is available with all trending institutions that must be visited by local experts and publicists. And besides, to find, save and share locations, you can directly contact representatives of these institutions through the application and ask questions.

The company will release several more major updates in March. The Live View function, which allows you to see the right place in augmented reality mode, will also become easier – three-dimensional navigation has been removed from it. Although the latter for someone can be a serious minus, because sometimes the opportunity to look at a particular point in the world gives unexpected results – it even allows you to find people who have already passed away.

But the most promising addition is even more information about getting around the city. If earlier users could report the load of buses, trams, metro and other modes of transport, now it will be even easier to choose the most convenient route. Or at least to exclude the most unfortunate choice of public transport, because the application will be able to show the availability of free seats and even the temperature in the cabin.

The company releases thematic updates for almost every major event or holiday. For example, on Christmas day, a tracker appeared on the site that allowed us to follow Santa Claus every step. True, such a number of functions looks a bit ironic amid the fact that the corporation is actively helping people find ways to relax from gadgets. After all, most recently, Google introduced an accessory that allows you to turn your smartphone into the most primitive means of communication.