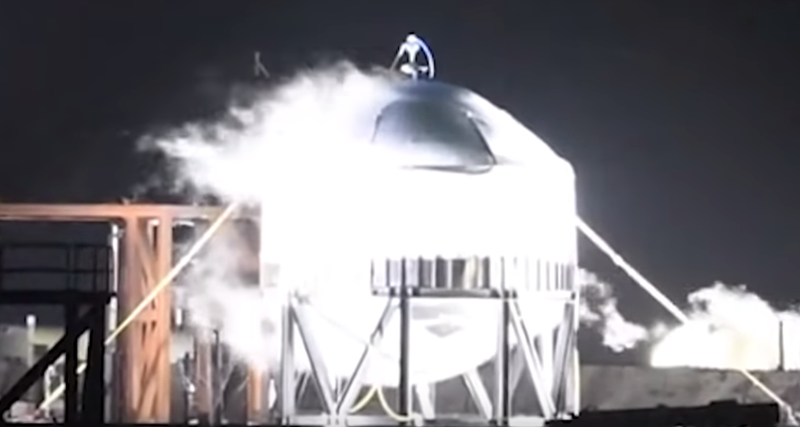 SpaceX has successfully performed cryogenic testing of a test fuel tank for the future Starship.

During cryogenic tests this week, SpaceX filled the 9-meter test tank of the Starship prototype with ultracold liquid nitrogen and boosted pressure until the tank exploded. The internal pressure during the tests reached 8.5 bar – and this is exactly how much Starship must withstand in order to be considered safe for a manned flight. (Earlier this month, the head of SpaceX, Elon Musk, announced on Twitter that the Starship would need to withstand six bar pressure for an orbital flight without people on board.)

SpaceX still has a lot of work to do before it can launch Starship with a team of astronauts on board. Now the company is busy building a new prototype of the device – SN1 – at the plant in Boca Chica. The early version, a fully assembled prototype of the Mk1 rocket, exploded during a cryogenic test in November; after that, SpaceX abandoned the development of the Mk1 and the almost identical prototype Mk2, which was built on the Space Coast in Florida.

If everything goes according to plan, the first Starship satellites can begin to deliver into orbit as early as 2021. In 2023, SpaceX plans to conduct a private manned mission, during which Starship will fly around the moon.

1 thought on “SpaceX destroyed the huge spaceship of the Starship: video”